I have a new photography bug. I am starting to play with my iPhone 4s as a camera. I won’t be using it for my wildlife photography (unless I stupidly leave my DSLR at home).

The two pictures below (left & center) are of one of the two Civil War cannons placed in the central downtown area park/green area. These cannons are protecting a monument containing the names of soldiers who fought in the Civil War from the surrounding area.

Details on the muzzle of the cannon suggest it was made at Fort Pitt, Pennsylvania around 1863. 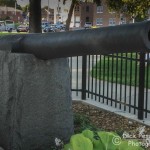 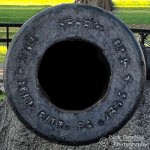 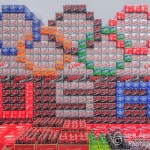 The photo (above right) was taken at the local Walmart. The Coca-Cola dealership built this display to honor and publicize the Summer Olympic Games that start very soon in London, England. One of the store clerks said 3 delivery people spent 3 hours building the display. I resisted the temptation to go up to the display and pull out a 12-pack from the middle.

I wish all of our athletes much success and safe games. Bring home the gold!