I Can’t Believe I Ate the Whole Thing!

Our first morning at the J.N. Ding Darling National Wildlife Refuge on Sanibel Island, Florida, was quite exciting and very productive – photos-wise. We arrived just in time to join a “follow me” tour of the refuge’s main viewing areas. With our guide in a little electric car we followed behind in our cars. He stopped at many good viewing places, we would park behind him, get out, set up, and click away while he told us some interesting factoids about what we were witnessing.

The first excitement came while watching a Great Blue Heron have breakfast. The heron had speared a rather large fish in another part of the lake, but while trying to dine – alone – on it the pelicans crashed his party and tried to take the fish away. The heron wasn’t in a sharing mood so it flew to the secluded spot along the roadside. (First picture) – fish still well in hand…err bill. 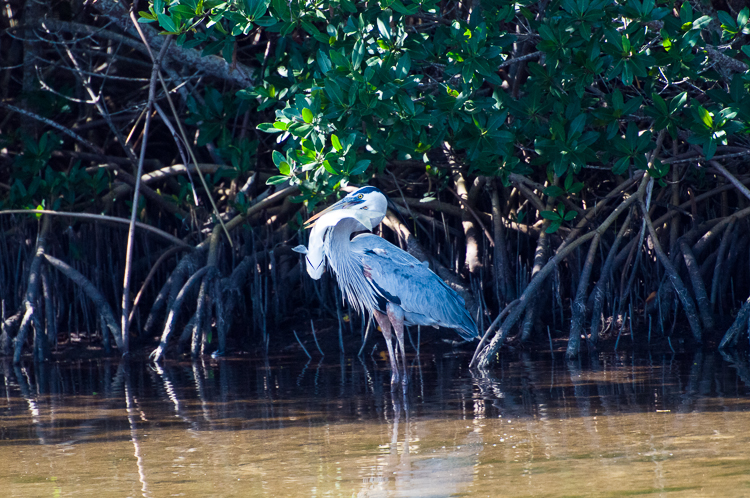 After making sure he lost the pelicans and was again alone (except for 30 onlookers and probably as many cameras), he maneuvered the fish for easier dining. He flipped the fish into the air and then caught it in a slightly different orientation – more inline with his throat. I think the heron must have speared this fish – note the hole in the fish’s side. (Second picture)… 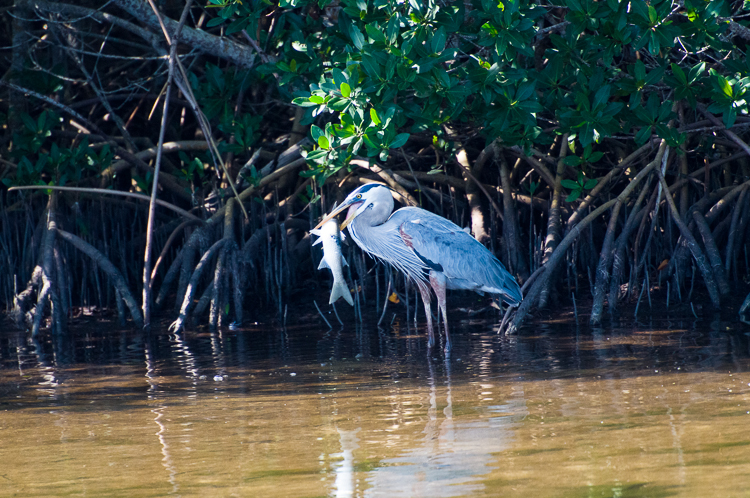 …Open wide. After several flips the fish was “headed in the right direction” he opened wide. Breakfast just started sliding in. Note the fish’s tail waving above the heron’s bill. (Third Picture) 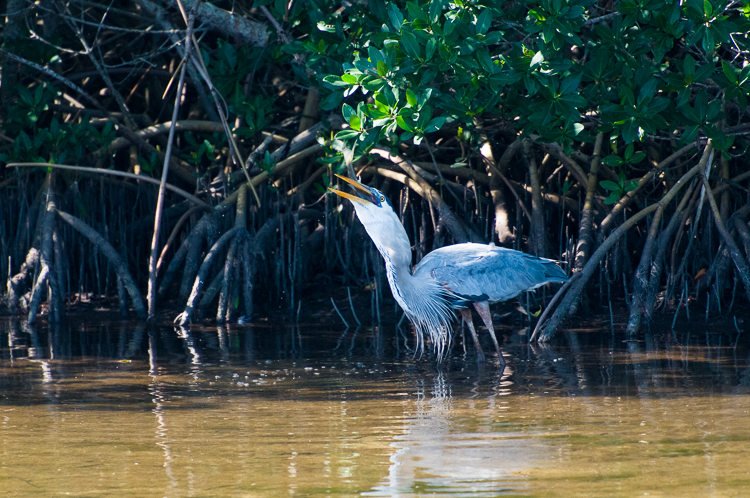 And…Breakfast is served! “I can’t Believe I Ate The Whole Thing.” — Neither can I! 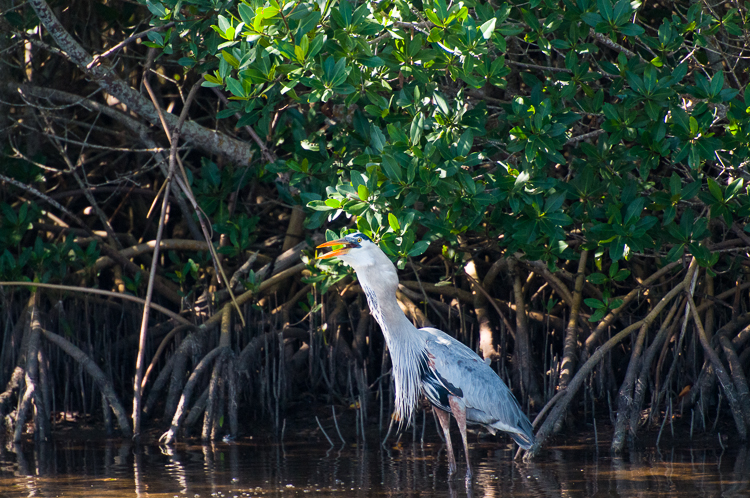 Wow! It was several minutes before his neck returned to “normal” and he flew off for a morning “snack.”

We then proceeded on to the next viewing area…

This entry was posted in Birds. Bookmark the permalink.