Our Trip to Israel – Day 2 (Saturday)

Saturday is the Jewish Sabbath so almost everything is closed. The Sabbath is observed from just before sunset on Friday to just after dark on Saturday. As such there is very little activity on the streets. The Church of Jesus Christ of Latter-day Saints conducts our services on Saturday in Israel too. Kathy & I arranged for a limo to take us up to The Brigham Young University Jerusalem Center for Near Eastern Studies for the service. This beautiful facility is located on the Mt. of Olives in Mt. Scopus, Jerusalem. 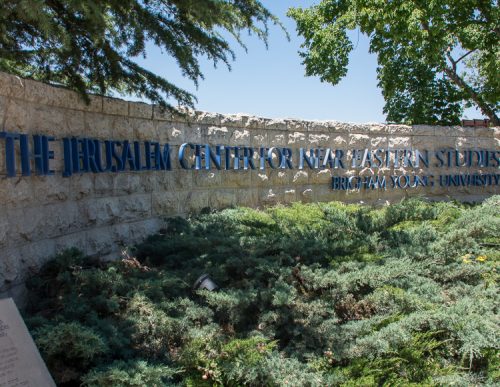 There are beautiful gardens in front of the Center which overlook the Old City of Jerusalem as well as the modern Jerusalem skyline. The photo below is a panorama of the skyline from the overlook.

The next two photos show a closer look at the wall around the old city. The Gold-domed building that is half cutoff on the right side of the first photo is the very controversial Temple Mount (the Temple Mount is sacred to Jews, Muslims and Christians). The mosque to the left with the smaller black dome is the al aqsa mosque. I’ll share more details about the mosques, the wall, and the Old City when we get to Day 3. 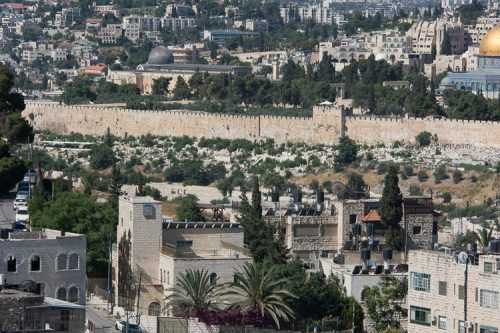 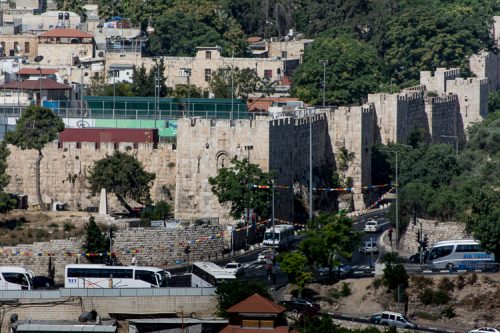 As we drove back to the hotel, our driver told us we were on the “green highway” or highway 1 – the main highway in Israel. He said before the 1967 war, Israel was on the West side of the road and Jordan was on the East side, with a large concrete wall standing between the two countries where a grass median exists today. The photo below shows the Jerusalem City Hall. Look closely and you can see the bullet holes from the 1967 war. 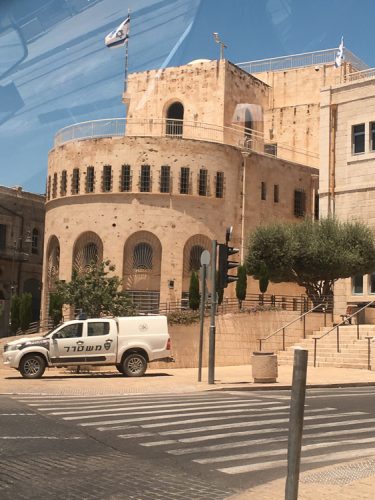 There were lots of outdoor restaurants throughout the city (not all of them McDonald’s) and many had some form of decorations up along side or above the seating areas. 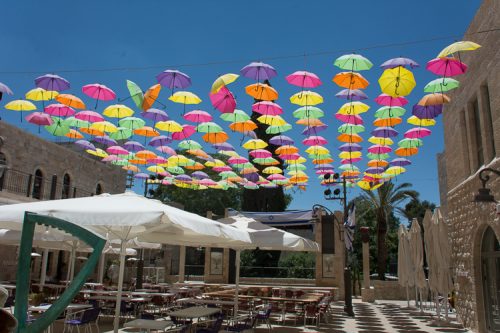 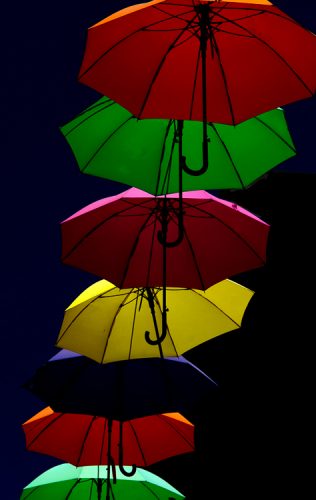 Saturday afternoon we walked through the neighborhood/business district near the hotel. There was very little activity so it was nice to have no pressure while taking in a few of the local sights. Even a Pizza Hut! 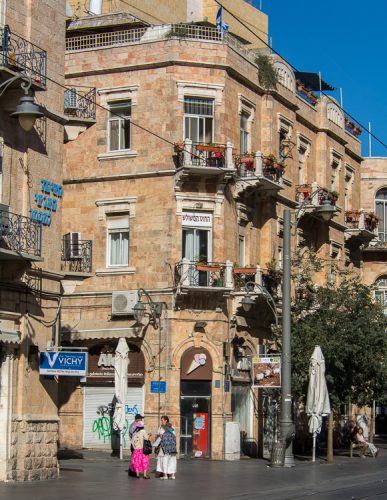 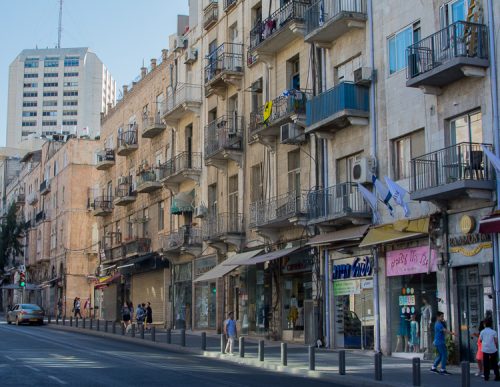 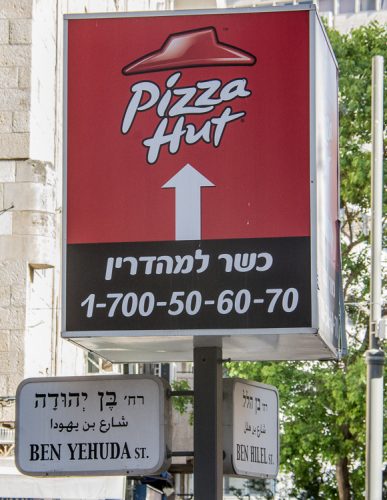 Notice the signs were all displayed with Hebrew, Arabic, and English text (Thank goodness). We had a quiet dinner in a restaurant across from our hotel and retired early to prepare for our first big day of guided touring. Sunday would consist of walking through all four sectors of the Old City and up to the Mount of Olives. It would be a very full day!!!

This entry was posted in Israel, Travel. Bookmark the permalink.