On Friday 6 Nov, Kathy & I flew to Omaha. Stayed overnight and then Saturday we drove north to a kennel in Nebraska.   Kathy had seen a newspaper announcement of a 10-week old Golden Doodle (a first generation puppy whose mother is a Golden Retriever and father is a Standard Poodle). We drove to the kennel to see if the puppy would like come home with us (as if…). Fortunately, we were prepared, just in case he decided to adopt us, with a travel case and approval from the airline to carry him on board.

Well, surprise of all surprises, he liked us and convinced us to take him home. The kennel had named him Emmett, but we decided he was not an Emmett. So, what to name him. After lengthy deliberations on our way back to the airport we agreed his name will be “Max”. He seems to like his new name as he comes to us – occasionally – when we call him by “Max.”

Had his first Vet visit last week. He is up to 25.3# (enroute to about 75#, we think). He also got his second set of shots. Can’t get him into training or boarding until he is at least 16 weeks old.

The attached pictures are of Max the day we picked him up (er, I mean the day he picked us). Life has certainly changed around the house…. Ahh, the joys of housebreaking a puppy…  Stand by for future news/photos. 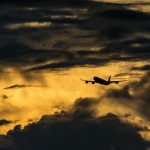 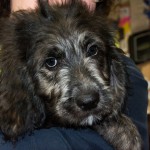 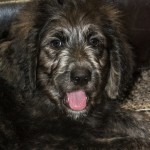 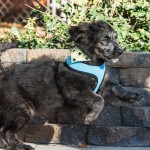 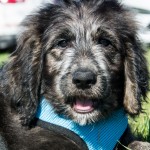 I’m ready for my closeup 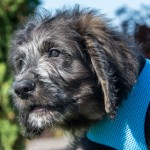 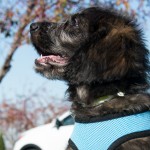 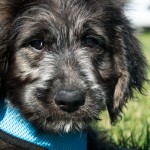 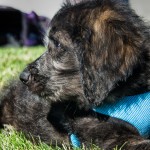 What are you looking at?

This entry was posted in Critters. Bookmark the permalink.